What If the Old Became New Again?

Remember the good ol’ days of Saturday afternoon “Kung Fu Theatre’? I remember it well, as a young kid in Memphis, TN. Every Saturday, from 12-4 PM, a weekly double feature of old school HK staccato paced kung fu movies. Decent to really good action… horrible dubbing! But, if you picked up on that (the audio track was clearly off from the actual spoken words of the characters on screen, sometimes to extremely comical effect), that sometimes just made for further enjoyment of some of the timeless classics, like Ten Tigers of Kwangtung, Snake in the Eagle’s Shadow, and Mystery of Chess Boxing. Each of these movies, along with so many others, had personality and character, and an unspoken memorable quality. It was (at least for me) always something to look forward to.

The same can be said for today’s movies, although they no longer fit into that genre of ‘Kung Fu Movies’. I actually remember seeing a section at a Best Buy location in Memphis a little over a decade ago, where they had, nestled amongst all of the other genres, a kung fu movies section. So do not tell me it is not a real thing! 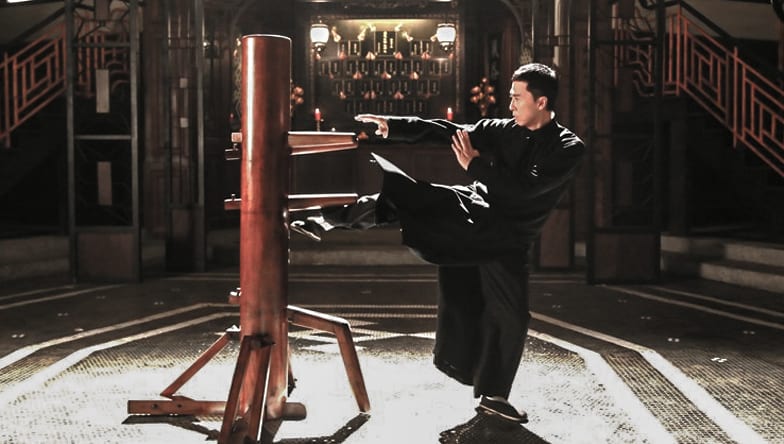 Today’s movies, big-budget, filled with big names and loads of martial arts (we could say kung fu, but that is not the case… take the character of John Wick, for example, who engages in a blend of Aikijujutsu, Japanese Jujutsu, and Judo), which is certainly exciting for the paying viewer. However, it is lacking. Not in-depth, not in flash, not in style, and certainly not in character. What is it lacking? Uniqueness. Fighting action in today’s movies all look the same, for the most part, paced the same, use of the same quick cuts, edits, angles, and usual cinematography tricks… not to mention the gratuitous treatments given in post-production. Everything is highly stylized and way more about the visual connection than a resonation with the martial art used, which, in old school kung fu movies, was a part of the character themselves. With the old kung fu movies, most times, anywhere from three to upwards of ten individual kung fu styles were represented, and they were often easily identified: Tiger style, Crane style, Eagle Claw, Hung Gar, Drunken, Praying Mantis. Granted, some of the more recent movies have done this… namely, the Ip Man franchise (Wing Chun), and back in 2001, with Li, Lian Jie in The One (Baguazhang, and Xingyiquan)… But, do not get me wrong, while the finished product of the modern-day movies often is nothing short of spectacular, it is a different animal from the old school kung fu movies. Of course, the old school kung fu movies were somewhat the same, too. Plots were fairly thin, most almost always uninspired (at least by today’s standards), and mostly about revenge of some sort. Few differences here and there, but usually, it was about avenging the master’s death, or the father’s death, or the mother, or brother, or destruction of the school, or… well, you get the point. So, there are good and bad with both eras of the films, past and present.

BUT… WHAT IF THE OLD COULD BECOME NEW AGAIN?

Okay… stay with me here, because I know a lot of people who insist on some semblance of realism in their movies are already loading up their arguments of “That stuff would never work in a fight!!!” Just hear me out.

What if a movie was made in this current time, with the greatest of plots, the modern backdrop of today’s world, but all action was reverted back to the old Hong Kong kung fu movie style? Can you not see it? Can you not realize the possibilities? The sheer novelty of it? And how much fun do you think it would be to be on that set?

It could be said that this formula has been tried before, with the U.S. made 80’s and 90’s kung fu movies, with the likes of Cynthia Rothrock, Richard Norton, Keith Cooke, and others, but we all know, that was something entirely different, having its own feel and life. What we most certainly have now, is a continually growing resurgence of renewed interest in kung fu, and the kung fu culture (yes, culture, as it is not merely martial arts, but a true treasure of human record, which just happens to look extremely cool). I would say that now is a perfect time to revisit the roots of modern-day martial arts in action movies since it undoubtedly has been influenced and inspired by it. Furthermore, this could serve as a way to expand the visibility of the arts, sort of like how Kickboxer did for Muay Thai, or Only the Strong did for Capoeira, or, of course, Ip Man, for Wing Chun (although, I still say that Lee, Jun Fan holds that place in the awareness of the art, despite breaking away from the original and modifying for Jeet Kune Do. But I digress…) I, for one, would take part in a project like this, as I am sure many others would. Think about what could be shown to a new, eager, captivated audience, waiting for the next big thing? Bak Mei (White Eyebrow)… Mizongquan (Lost Track Fist)… Meihuaquan (Plum Blossom Fist)… Bajiquan (full name: Kai Men Bajiquan… Open Gate Eight Extremities Fist)… the list is endless, really (with, realistically, only 300 or so kung fu styles documented, and who knows how many others on the brink of total extinction, or are totally obscure).

Okay, so maybe that would then move toward a proposed project in preservation, as opposed to cinematic frivolity. Even still, old school kung fu in this new age… you have to admit, that is an intriguing concept, and if done properly (turning back to the source for the blueprint, instead of trying to go with a modern reimagining), it could become a great thing. Perhaps, the rebirth of a niche film genre. What can I say…? I am a dreamer, and I think it could be done. Hopefully, with any luck, those films that we loved so much in our youth and early adult lives, the ones that I SO hard to track down and add to our collections (Amazon sometimes disappoints, as does eBay), their kind find a new life in this new time, with a new viewing audience.

To Ip Or Not To Ip

The international success of the Ip Man franchise from director Yip Wai-Shun and star Donnie Yen revitalized interest in martial arts cinema when it came out to both critical and audience praise. The fact that it was followed by three...