No Challenge For The Challenger

When 36 Styles revealed one of their latest designs would be bringing the kung fu classic, The Challenger, to the masses, it brought to my attention that – oddly enough, I had not seen this film. As with so many fans of the martial arts genre, there are two things that lead to this predicament. First, it’s the sheer amount of films in the genre that simply exist. Hundreds upon hundreds of films were made throughout the decades and many of them have not received the spotlight in the grand spectrum of cinematic history. Second, it’s the availability of the title in formats that fit the viewer’s needs. Even once a person unburies a title that perks their interest from the caverns of time, is that film even available to be seen?

36 Styles had taken care of that first issue, bringing my attention to The Challenger and its existence. After the reveal of the new design, talk about the strengths of the film boiled up on the various social media platforms that bring together kung fu flick fans. The problem remained; would it be a film easily obtainable? Certainly not in any kind of official format, come to find out. Although I was able to grab a physical copy of the film, it wasn’t an easy one to uncover and that’s a shame.

In terms of quality, it’s hard to announce a challenge at all to The Challenger. As with many films of this time period, particularly from one of the smaller studios like Lo Wei Motion Picture Company, it’s a film that rarely provides anything to provoke its viewer to leave their comfort zone outside of perhaps one blatantly intriguing choice for a mid-film sequence. It’s an easy to consume product that exceeds in entertainment and charm which allows it to maintain its high energy output.

The story follows the formula, where two kung fu experts, played by David Chiang and Norman Tsui, end up crossing paths rather haphazardly. The former is a money hungry con-man looking to score big with underhanded fast talking that’s only backed by his kung fu and the latter is a man desperate to find a kung fu expert who destroyed his life prior. Naturally, one can assume how things go from that point and never be far off from reality. It’s a paint by numbers classic kung fu flick from the period that strolls through the beats with relative ease. Genre fans will have no issues in just enjoying the ride.

…and what a ride The Challenger can be. While the script and narrative rarely inspire any real difficulty to follow, it’s through the execution that this film works its fist-to-cuffs magic. Namely, it’s two protagonists, previously mentioned. Both David Chiang and Norman Tsui were staples of the Shaw Brothers machine and their abilities to hold their own are on full display in this film. Granted, the 1979 (and oftentimes listed 1980) release period of this one is smack dab in the middle of their careers with the Shaw Brothers studio and their knack for crafting characters in short time is immediately noticeable. David Chiang struts his insatiably charming self straight into the film with no hesitation and often acts as the main comic relief for the film, eating up scenery with vigor. Do you want to see him goof his way through a fight in a gambling hall? Perhaps escape a villain by mocking his inability to swim? If so, then look no further.

Norman Tsui, a less iconic face from Shaw as he regularly was a secondary level actor in dozens and dozens of films, plays the serious character here – the titular challenger that is out for revenge. He is an oddly perfect choice to counter the energetic output of David Chiang which feels similar in tone to the dynamics that Chiang and Ti Lung had in their many co-headlining films and it works here. It’s the core pillar of why The Challenger entertains and works with a push and pull pacing and easily the main reason to see the film. 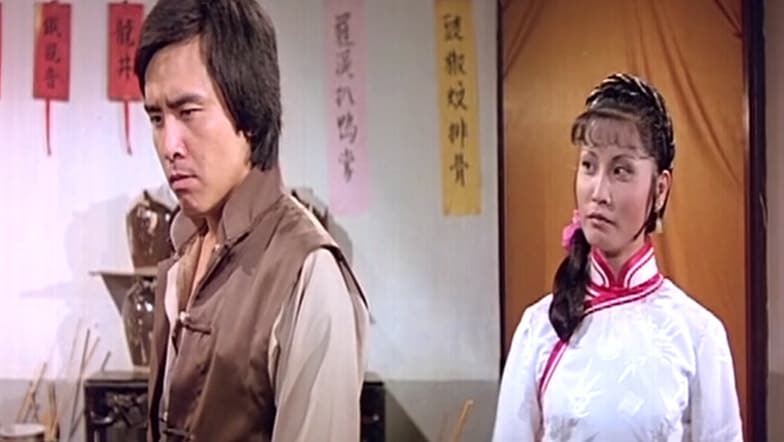 As if the two leads weren’t impressive enough, the film has at least two more talented stars as secondary roles that fill out the empty spaces left in the narrative. Granted, The Challenger rarely utilizes either one to their maximum benefit, but that’s often the case with secondary characters in the genre. Firstly, the villain in the film is played by the incredible Phillip Ko Fei. With 250 credits to his name according to HKMDB.com and some of my favorite roles in kung fu cinema (he played the badass Abbott in both Shaolin Intruders and The 8 Diagram Pole Fighter,) the man is a versatile and enigmatic cinematic figure and giving him the villain role is brilliant. It’s just unfortunate that since the film is playing ‘mystery’ with the villain for a strong portion of its run time, he doesn’t show up until quite late in the proceedings. But still, once he shows up

Secondly, there is the incredible Lily Li Li-Li who, while getting to play a femme fatale character owns the role with some fantastic moments even if her screen time is limited and she never truly showcases her abilities as an on-screen fighter. Still, in a role that is meant to be essentially a throw away role – which was far too often the case with her as an actress, she makes for a memorable role nonetheless and supports the two leads with the usual vigor she brings to the table. 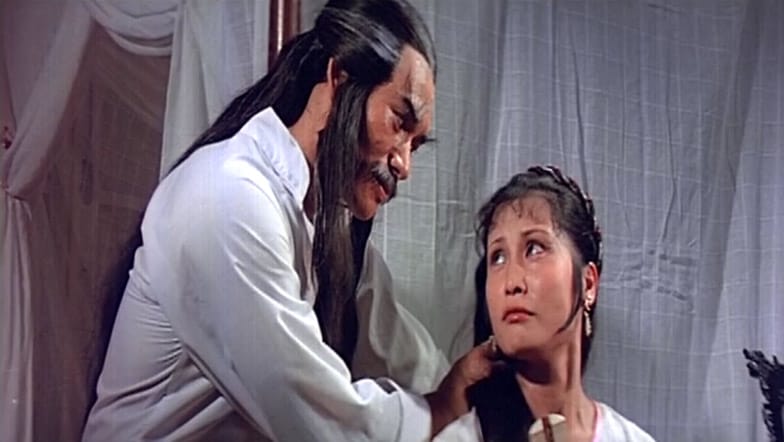 As with so many of these films, one aspect that gets overlooked is the talents of the team behind the scenes. Of course, the cast draws the main crowd, the charm of the film certainly keeps the crowd, but any real kung fu fanatic knows that it’s the duo of director and choreographer that makes the film last. Perhaps this is the reason that, despite my knowledge of his career as an actor, that seeing the iconic Eric Tsang listed as the director was a shock. As in, Eric Tsang the actor from various Lucky Stars films, Infernal Affairs, and other classics that appeared in almost 300 films? Indeed, the normally charming screen star is behind the camera for his directorial debut here and it’s a rather well shot and confident outing. Some of his humor comes into play through Chiang’s character and a flashback to the titular challenger’s motive for hunting down the villain – which is played out in two ‘scenarios’ with one being utterly comedic and slapstick an odd choice for a film that is played relatively straight forward. Still, he works with the stars and his resources with a sense of dynamics that works. Partnered with choreography from Chik Ngai-Hung and Huang Ha, both coming off earlier and impressive work on Sleeping Fist, and there is a lot to enjoy just in the execution of its kung fu and comedy. Particularly when the two fighters begin to play off one another in the third act. 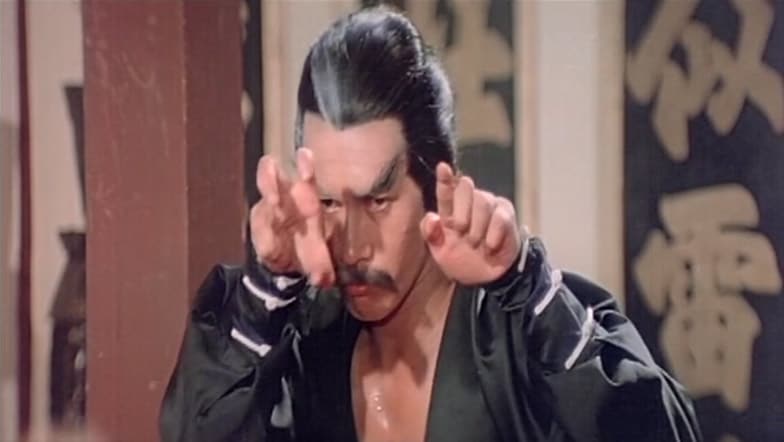 A Rise to the Challenge

All in all, despite my own ignorance of The Challenger for so long, the film is easily worth the watch and fandom. There is a brisk balance between humor and classic martial arts mayhem at the core, as was popular post-Jackie Chan’s rise, and the use of star power, a rising talent in Eric Tsang, and some formidably entertainment action makes this film highly entertaining in its own right and a tragically overlooked classic. If it takes a bit, please seek out this charming gem of kung fu. It’s worth the challenge to do so.

*Author’s Note: As I was writing this article, the Wu Tang Channel over on YouTube and Amazon Prime have made a version of the film available for streaming. Only a few days after I received my copy in the mail. Naturally. Take note as those films tend to rotate, so it may not be available by the time this article is published. Please do check out the film though, it comes highly recommended. 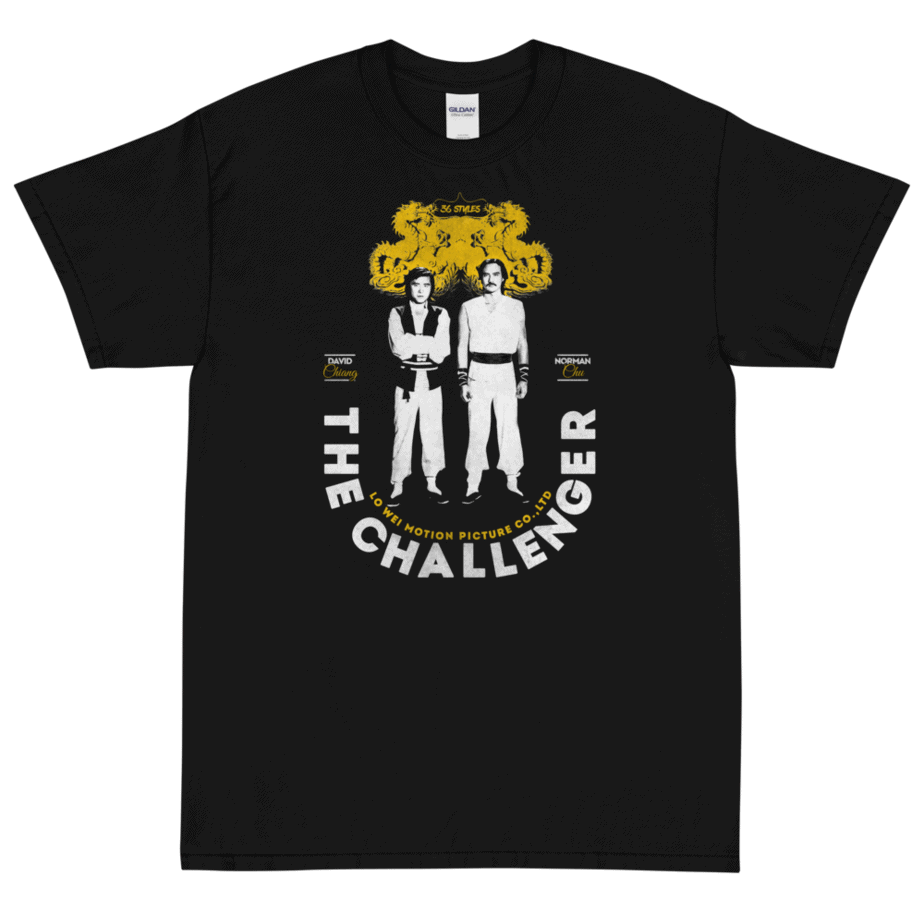 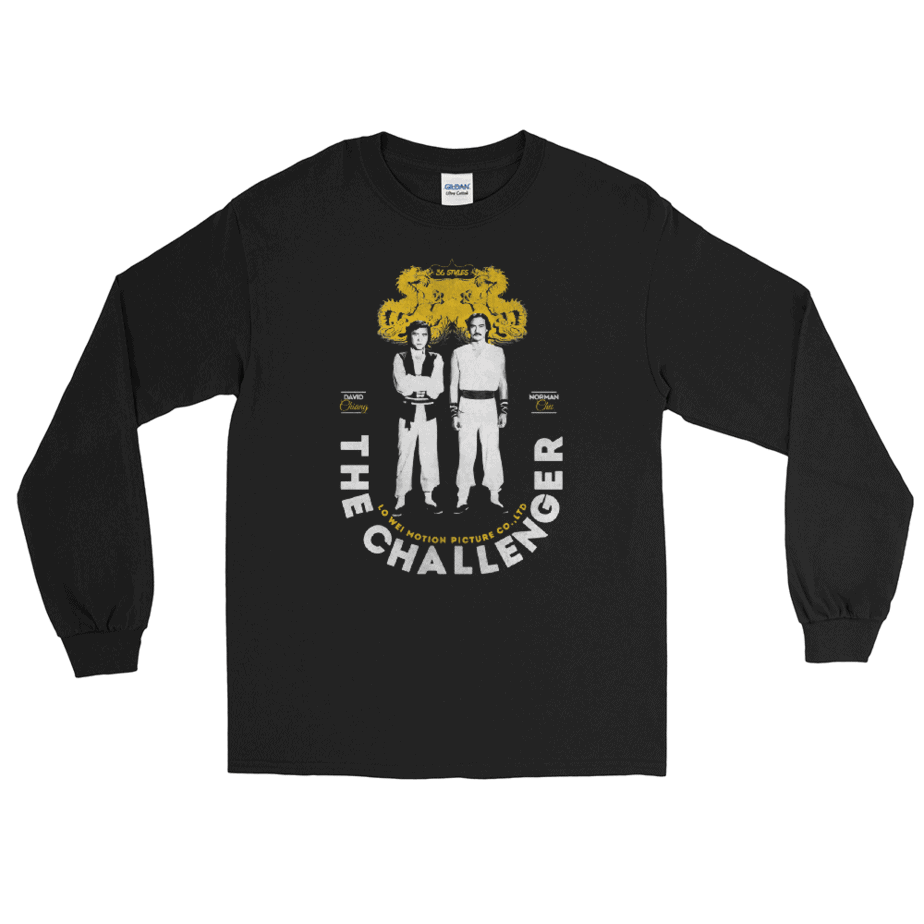 East To West: Once Upon A Time in China & America

Three years prior to the “East meets West” hijinks of the Jackie Chan and Owen Wilson action comedy, Shanghai Noon, there was another film where a martial artist made his way west.