To Ip Or Not To Ip

The international success of the Ip Man franchise from director Yip Wai-Shun and star Donnie Yen revitalized interest in martial arts cinema when it came out to both critical and audience praise. The fact that it was followed by three sequels, each finding equally impressive box office returns, international press, and varied amounts of praise from viewers, only solidified that Ip Man, as a character, was becoming the latest folk hero of Chinese history. As the industry is apt to do, it didn’t take long for them to exploit his name for the sake of a slew of cinematic and televised knock offs.

One can exclude Wong Kar Wai’s The Grandmaster from this trend as he was in the process of getting that film made when the first Yip and Yen Ip Man was released, but there has been an impressive amount of other Ipsploitation films. Stories of his later years (Ip Man: The Final Fight), comedies (Kung Fu League), and TV shows (Ip Man and Ip Man: Origins as the titles read for the US releases) have all been unleashed on the public. When uninspired and obvious cash grabs like Ip Man and Four Kings are being made, then we know the trend has ceased to be heartfelt. Still, it’s a trend that hardly seems to be slowing down and 2020 has given us a new Ipsploitation film worthy of mentioning, Ip Man: Kung Fu Master.

TO IP OR NOT TO IP

It’s important to lay out the necessary groundwork of the Ipsploitation trend to look at Ip Man: Kung Fu Master and just what an oddity it is as a film. The story reads as such: Ip Man is now a captain of the Foshan police force. When the head of the Axe Gang is wanted for murder, Ip Man uncovers a much larger conspiracy that involves the Japanese military, corrupt police, and opium smuggling all while his wife is about to give birth to their first child and he is framed for murder. This pushes him to work outside of the law, donning a black mask, and teaming up with the daughter of the Axe Gang leader and his lost, drunken uncle to take on the system and villains. This all results in a politicized martial arts match between him and a Japanese military general.

Confused by the synopsis? Of course. This is a film that hardly has anything to do with Ip Man, even as a character, and everything to do with how the Chinese film industry is using his name to a) make money b) as jingoistic propaganda. Neither of these things is new to the exploitation of the character at this point, but Kung Fu Master seems especially obvious at times. Enough so that after the film finished, I am very tempted to make the claim that it was a different script that was converted into an Ip Man film late in the process. I don’t know if that’s true, but it feels like it. Some of the details of the character fall inline with his name, his use of Wing Chun, his life in Foshan, and the birth of his first child, along with his brief stint as a police captain. Other elements seem completely out of sync. The arrival of his drunken uncle and the narrative choice to have him wear a black outfit and mask and fight crime as a late-night vigilante that is called The Black Knight. The latter part falls more in line with Legend of the Fist: The Return of Chen Zhen than it does with an Ip Man film. Yet, here it is.  It’s these inconsistencies that make the plotting reek of Ipsploitation conversion rather than something truly original. Granted, many of these elements work if the viewer, particularly those more familiar with other Ip Man films, puts expectations aside. 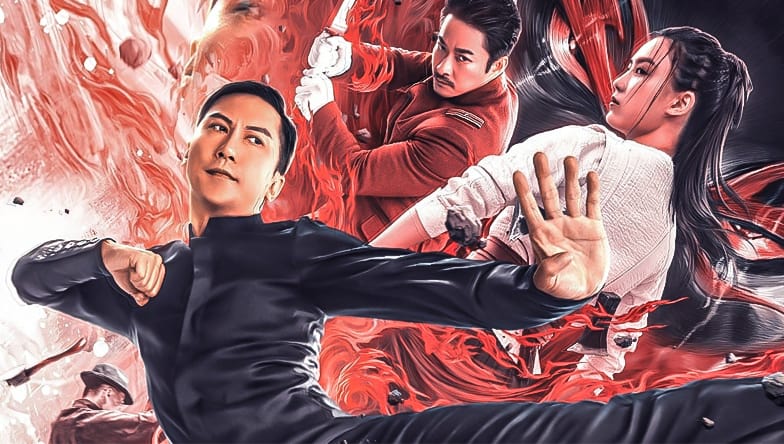 With all of that context out of the way and with the intention of putting those Ip Man film expectations on the backburner, Ip Man: Kung Fu Master is kind of a raucously fun martial arts film. Yes, that’s right. Similar to the previous Ipsploitation film that starred Dennis To as the titular character, Ip Man: The Legend Is Born, Kung Fu Master is surprisingly effective at doing what it intends. It delivers on its promises of a character that upholds righteousness and justice – for the sake of the Chinese people as is very clearly defined in one jingoistic moment. Dennis To is delightfully stoic and subtle in the role, a solid return to form after whatever the hell Kung Fu League is, and he balances the more cartoonish secondary characters around him. Even as the film attempts to take his character in a strange new direction, as a vigilante dressed like Kato/Black Mask/Chen Zhen, the character’s stark drive to be the person that delivers justice still makes sense within the world of the film even as it becomes a more fantastical or comic book. Since the character is more subdued, Kung Fu Master uses his social roles as a way to define his character arc more than a larger-than-life performance. It’s a fun way to approach the material and stands out even compared to other films of this trend. 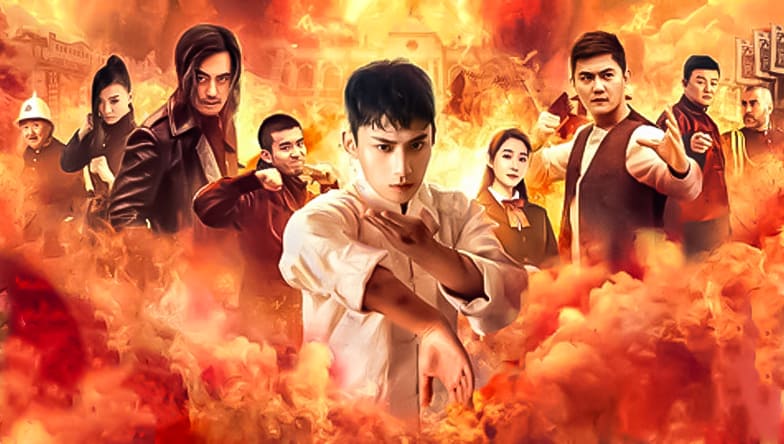 LOCK, STOCK, AND TWO SIDE CHARACTERS

At its brisk 88 minutes, at least in the US version from Magnet that is available on VOD now, this film trims the fat and delivers the checklist of martial arts requirements. Many of those are standard stock ideas, characters, and moments. As if formulas and stock characters have ever stopped martial arts fanatics from loving a film. What Kung Fu Master employs is a laundry list of the classics and, oddly enough, does it with a sense of style that betrays the predictable nature of the narrative. Director Li Li-Ming, also the director behind another Ipsploitation flick Ip Man: Crisis Time, injects a bit of style in the camera work and in the setups for the action sequences. What he really does though is he knows that all in all, the script isn’t the strength of the film and instead attempts to deliver a film that entertains first and foremost. When Kung Fu Master attempts to add in the more heartfelt moments is where it tends to struggle and Li Li-Ming intentionally keeps those at a minimum. This is why, even when the film is adding in stock concepts – like an Axe Gang opening or a comedic drunken uncle, it feels as though this is the true nature of what Kung Fu Master hopes to deliver. The introduction of that uncle and the daughter of the Axe Gang leader, played with a lot of fun by Wanliruo Xin and I sincerely hope she gets a random spin-off film, as Ip Man’s sidekicks in delivering justice to two forgettable villains just add a lot of silliness to the dynamics that ends up working. While both tend to fall to the wayside, sadly, for the Ip Man vs Japanese military finale, their inclusion is welcome. It allows the film to generate more action sequences, most of which are diverse and thoughtfully executed for the budget and makes for a shockingly entertaining film.

Naturally, Ip Man: Kung Fu Master has already been met with quite a bit of ire from various fans and critics. The amount of people that cheer on the Bruceploitation movement of the 70s but quickly disregard Ipsploitation is astounding to some degree, so perhaps it’s par for the course that this film has already been met with plenty of negativity. However, in a stance against that, there is a lot of enjoyment to be had in Kung Fu Master with the right mindset. The film draws in from visual iconography from other, more popular Ip Man films and its converted script tonality leaves a lot to be desired in-depth and emotional resonance. However, the cheesy aspects of its old school elements mixed with broad stroke characters, spirited action fight work, and brisk pacing make it an epitome of what there is to love in an Ipsploitation film. If all of these films were more like Kung Fu Master and less like Ip Man and Four Kings, this sub-sub-genre might be earning a bit more respect.

What If the Old Became New Again?

Remember the good ol’ days of Saturday afternoon “Kung Fu Theatre’? I remember it well, as a young kid in Memphis, TN. Every Saturday, from 12-4 PM, a weekly double feature of old school HK staccato paced …

END_OF_DOCUMENT_TOKEN_TO_BE_REPLACED

Create an Account
Start typing to see products you are looking for.
Shop
Sidebar
0 Wishlist
0 items Cart
My account