The Kinghunt: A Perfect Combination of Moves

When I first started really delving into martial arts films in college, I mostly stuck to the major two studios that delivered the classics through the 60s, 70s, and 80s – Shaw Brothers and Golden Harvest. It wasn’t until much later that I started exploring more and more into the smaller films that existed in the cracks between the two juggernauts that dominated the aforementioned decades. When I did start to divulge myself to those films, one of the first names that I quickly discovered as a favorite was director Joseph Kuo. Now, in particular, Kuo has directed quite a few instant kung fu classics worthy of note. Fans of the genre will recognize titles like 7 Grandmasters, 18 Bronzemen, and Born Invincible from his extensive resume. One of his most famous films and the focus of this article is The Mystery of Chess Boxing, also known as Ninja Checkmate. When I discovered the films of Kuo, I immediately took to this one as my favorites. There are a variety of reasons why Chess Boxing has become a fan favorite over the years and, like the ideology of playing chess that is utilized throughout the film, there are a series of incredible moves that allow this film to rise as one of Kuo’s best.

Granted, the focus of this piece will be on one of his iconic and foundational films, The Mystery of Chess Boxing, but it’s necessary to note initially that its director is one of the notable highlights of kung fu cinema of the time period. The fact that he could create such entertaining crowd-pleasing films with limited resources and still establish a fresh feeling picture from the already well-trodden tropes is impressive. In fact, he is the first piece on the cinematic chessboard that makes it so incredibly charming and boosts it to the cult classic status. Kuo is the grandmaster of this film and his manipulation of regularly seen elements makes for a dynamic viewing experience. He often embraces the ridiculous gimmick, particularly in this film, but it’s something he does remarkably well across his filmography. Even when the film is an obvious knock off, as is the case with Chess Boxing, he takes it to the next level and manipulates all of the chess pieces into one hell of a game.

Chess Boxing is light-hearted, but it also manages to create a sense of consequence and emotional tension to the plot being provided. This is the next move in creating the perfect combination to win at its game. The core plot is one that is more than likely familiar to those who will be visiting the 36 Styles website. That’s because let’s be frank here, Chess Boxing is a knock off film. That might sound blasphemous to some, but in reality, the boom of Jackie Chan’s meteoric rise after Snake in the Eagle’s Shadow left quite the impact. This film is certainly riding on the coattails of that style and design. A shadow to the monolith that was many of Chan’s early martial arts films. The difference between this and other knock offs is that this one uses the kung fu tropes and blend of comedic action to impressive balance. The lead star, Li Yi-Min, is quite the diverse actor here, nimbly sliding from slapstick comedian to exasperated student to heroic champion. Yes, his character arc is similar to those same early characters Chan played – and thus dozens of other films aped as a result of his success, but he showcases why he could have been the next Alexander Fu Sheng if things had lined up for him with some of the larger studios. Joseph Kuo and his crew find that magic spot here and it pays off in dividends even as a knock off.

Naturally, it’s not just Li Yi-Min that represents the balance between humor and action that make Chess Boxing such a fun flick. There are a plethora of secondary players that make watching the chess match of this film such an entertaining one. The big-name that most kung fu fanatics will immediately recognize (and if not the name, then certainly the face) is Simon Yuen, the fan-favorite crazy old man better known in most circles by his various drunken goofy teacher characters. Playing a similar role to that of Beggar So/Sam Seed, a character who teaches Jackie Chan drunken boxing in Drunken Master, Simon Yuen perfectly exemplifies why this knock-off works. Yes, he plays an old kooky cook who teaches Li Yi-Min’s Ah Pao the basics of kung fu secretly, but it’s just different enough to know he’s not Sam Seed. The same goes for when Ah Pao shifts to his final master, Chi Siu Tien, the chess master who teaches him the titular style of chess boxing. Tien is played by the always reliable Jack Long in a role very, very similar to other popular roles (7 Grandmasters, anyone?) and he gets to strut his stuff as both a teacher and as one of the main combatants in the last fight scene. The rest of the cast is rounded out by a charming performance from Jeannie Chang Yung-Yung as the love interest and Hsaio Hou-Tao that eats up the screen as the local school bully. Nonetheless, the support by this secondary cast is what leads the game into the next move…

To be the best one can be at playing any game, experience requires stronger opponents. Like the main trope of so many kung fu flicks, Chess Boxing is not above taking our hero to terms by giving him a dastardly villain to face off against. Thanks to the Wu-Tang Clan and the rap artist Ghostface Killah, the main villain of the film – using the more traditional spelling of Ghost Face Killer, is something of an icon even outside of the film. He deserves it though. He’s instantly memorable, partnering various elements to deliver a cinematic antagonist of epic proportions. Firstly, the performance of Mark Long is incredible. Introducing the character immediately to the audience with the mugging that Long’s performance brings to the table sets the tone and heights that our hero must achieve to defeat him. A back story of vengeance and power only makes him more threatening.  Combining that with the Five Elements style and it’s a villain that poses a formidable threat to all of the characters and stands out as one of the biggest reasons that the film pops out against its peers. As if to add icing to the cake, Kuo and company give Ghost Face Killer a medallion-style calling card that he leaves on the bodies of those who wronged him. Vicious and formidable, his swath of revenge leads us to the final reason that Mystery of Chess Boxing is one of the best of the era.

As with so many kung fu films, the final maneuver that makes this film so iconic is the fights. Was there any other reason to add Chess Boxing to the pantheon of kung fu greats if it didn’t have incredible fight sequences to be the icing on the cake? To put its opponents into a – dare I say it – ninja checkmate? Although the styles present in the film are certainly gimmicky, the combination of action directors Ricky Cheng Tien-Chi, Wang Chi-Sheng, and Wang Yung-Sheng prove to be quite effective at making the action grounded in emotion while delivering the thrills and kills expected. Opening the film, as mentioned, with Ghost Face Killer taking on multiple opponents to show the strength and speed of his Five Elements style is a brilliant move so that the training sequences for Ah Pao now have gravity. By the time Ghost Face Killer discovers that the chess master and his disciple Ah Pao are on his shortlist to earn a dirt nap, the film has used its training and smaller fights to really build the tension on how the final act will go – and without too many spoilers, it does not disappoint. Mark Long, Li Yi-Min, and Jack Long execute it with power and pizzazz and the final fight is one of my personal favorites of all time.

Although it’s necessary to acknowledge that The Mystery of Chess Boxing as a film that was riding on the coattails of bigger names and bigger box office successes, it’s one of those second-tier films where the combination of elements is so weirdly effective that it lifts the entire experience. Outside of a few key elements, nothing in the film is all that original. It’s also the perfect example of why originality in many ways can be an overrated way of viewing movies. The various moves that the film makes across the cinematic chessboard give it quite a bit of charm, emotional oomph, and deliver on the aspects that kung fu fans come to expect from the genre. Even in an era where two major studios dominated the market, The Mystery of Chess Boxing is the little film that could stand up and earn its place in the grander scheme of all things cult classic. 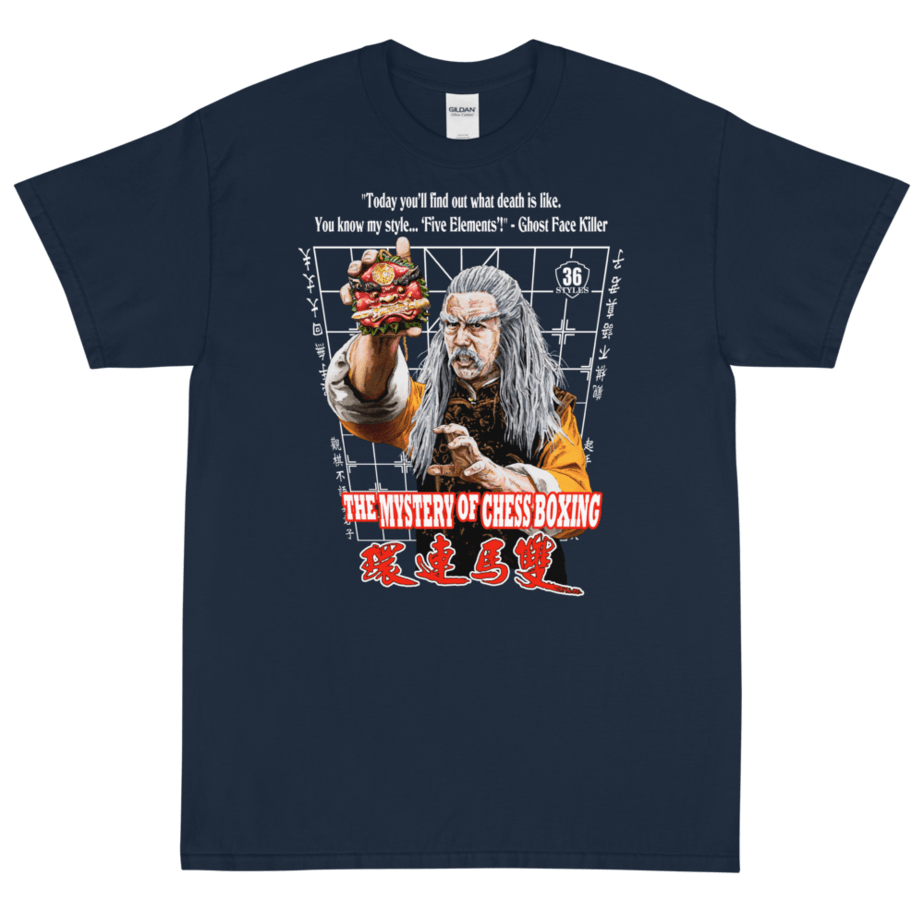 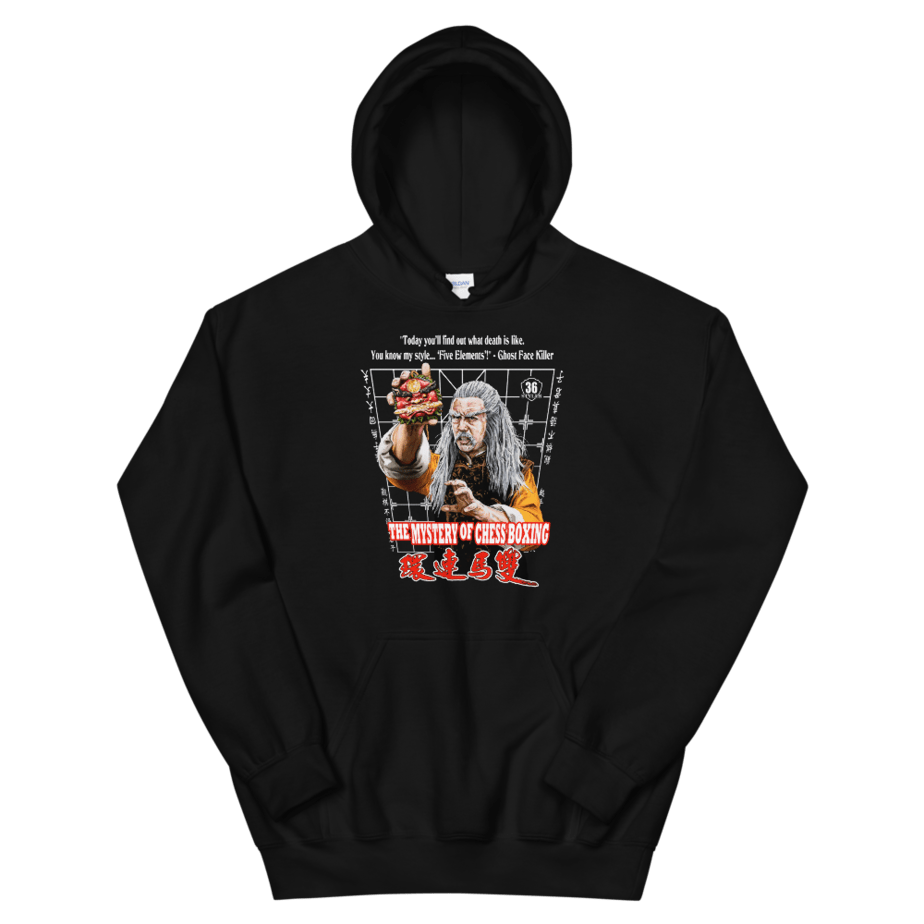 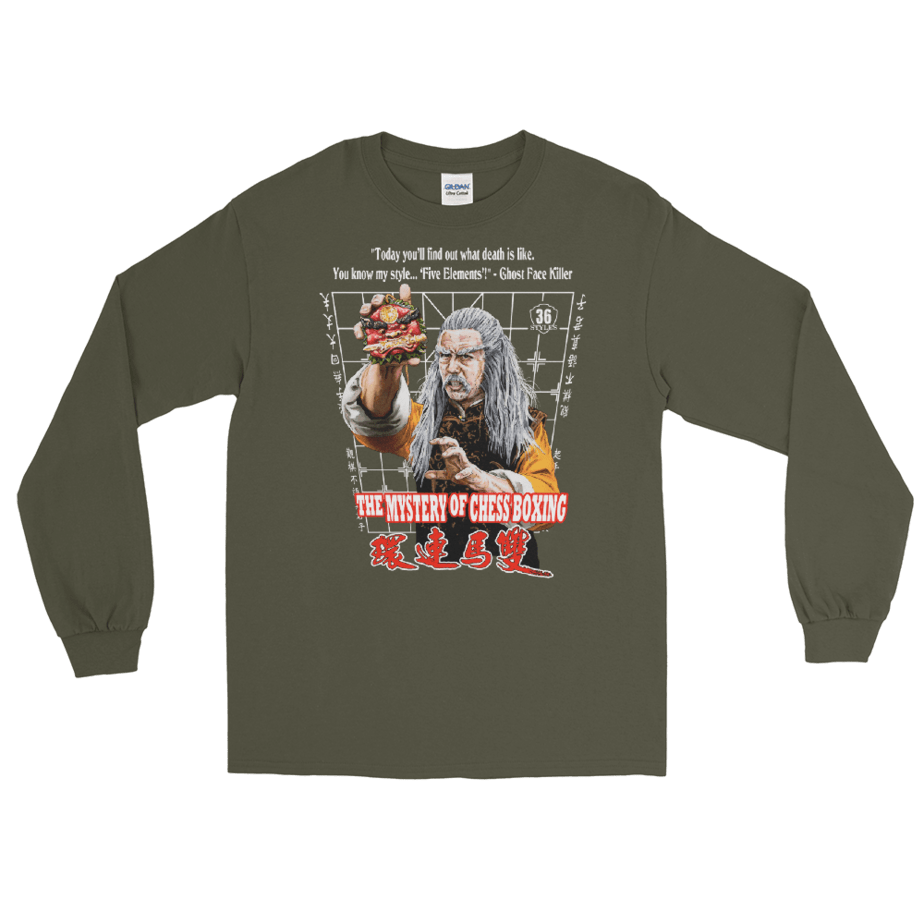 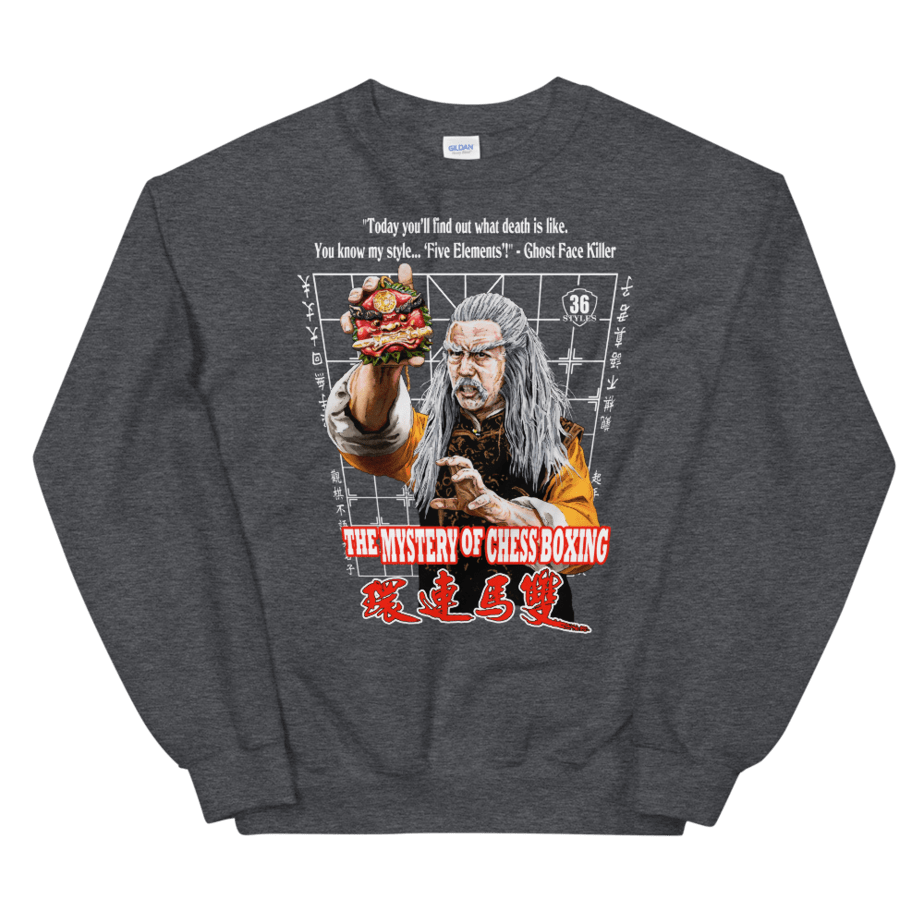 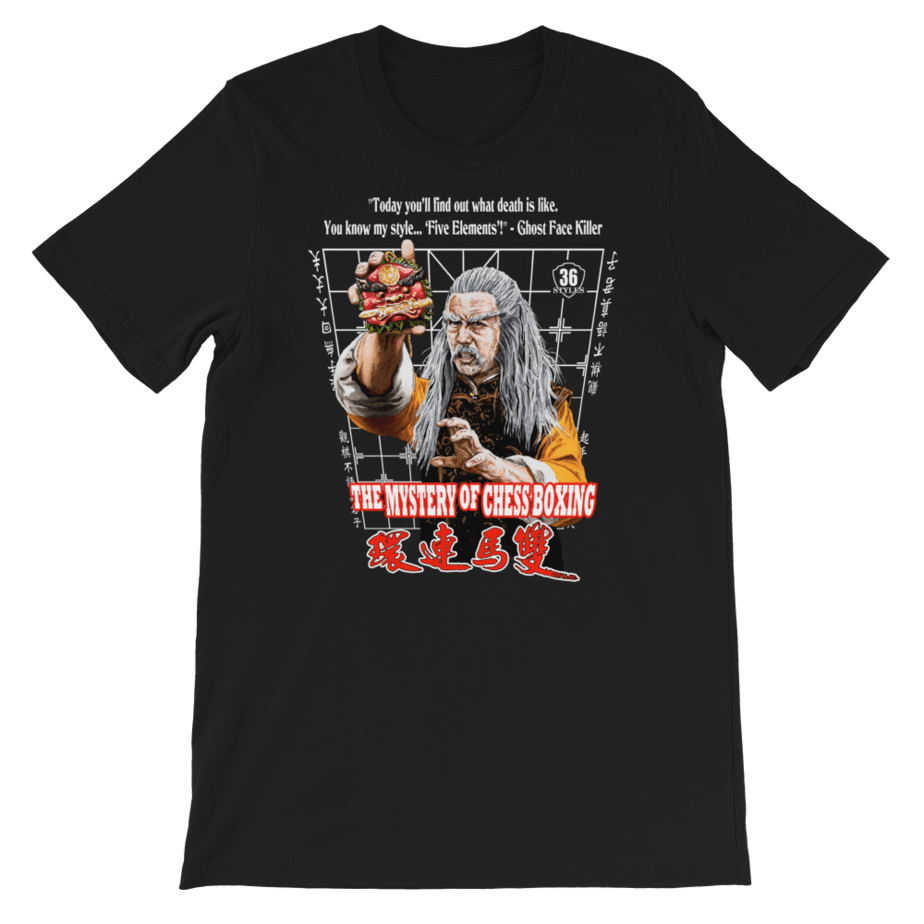 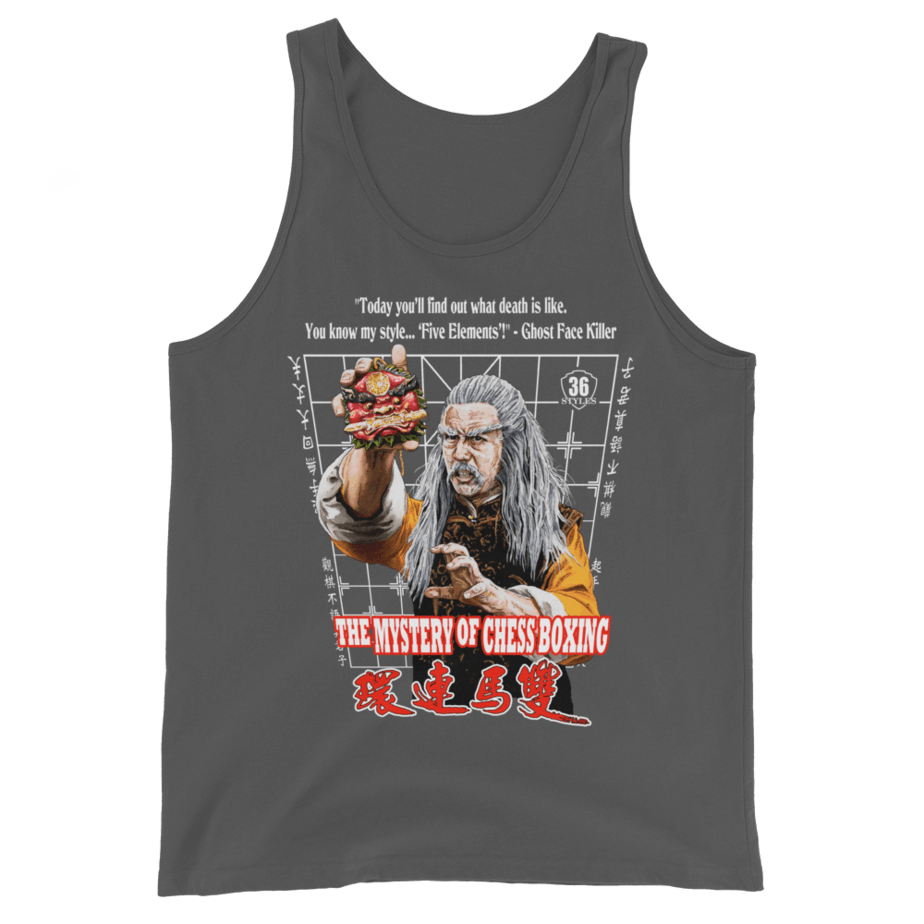